Gender gap in the society

Gender gap is the difference between what men and women do and achieve or the way men and women are treated in society. Has anyone thought why this gap keeps getting wider and wider? Despite of numerous protests, so many reforms, the record number of women breaking through glass ceilings, we are still living in a male-centric, patriarchal world. Why?

Let's try to understand this from the beginning. The Gender Gap report determines the countries' ranks on the basis of three parameters mainly.

Only 14.6 per cent women occupy senior managerial position in India and just 5% of the Fortune 500 companies CEOs are women. Shekhar Gupta, an Indian journalist and author explained- "For every five rupees that men earn in India, women earn only one. Indian women’s earnings are only 20.7 per cent of men’s". It puts the country among the bottom 10 globally on this indicator. And then we talk of sustainable development without even knowing that closing gender gaps in the economic work world is the key to achieve the 2030 agenda of Sustainable development. How?

On global level, a third proportion of women’s employment is in agriculture. Land is perhaps the most crucial asset on the economic basis and women account for only 12.8% of agri landholders in the world. And women migrant workers. Despite of being highly skilled, the migrant women face havocs to access foreign labour markets. As a result, they have to engage in low paying jobs and tackle bad working conditions, physical violence, limited labour and social protection.

As we're talking of stats, here's an eye opener- It is estimated that gender gap costs the economy some 15 percent of GDP. 15 PERCENT!!

Apart from gender wage gaps, a woman also faces the motherhood wage penalty and it keeps on increasing as the number of children a woman has increases. And what about unpaid care work and domestic work? Talking on GDP terms if this unpaid work will be allotted a monetary value, it would be 10% to 39% of GDP.

Clearly, there is a need for policy initiatives to empower women as gender disparities in India persist even against the backdrop of economic growth. If real change is to be implemented, a focus on creating genuinely inclusive workplace cultures is imperative where women are not only hired, but also alloted decision-making positions and finally be able to lead companies. While increasing representation of women in the public platforms is important and can potentially be attained through some form of positive action, an attitudinal shift is essential for women to be considered as equal within their homes and in broader society.

The second one is educational participation. In India, disparities in education is observed via many distributions like gender, caste or religion. The probability of girls getting primary education in the most depressed regions is about 42% lower than boys and the figure remains the same even if religion and caste issues are set aside. If women won’t have access to quality education, then obviously they won’t be able to access affordable healthcare, legal assistance and job opportunities. Even if girls attend school, discrimination follows. There are many obstacles to education for girls such as local cultural practices, poverty, and the most important one which needs high attention is lack of proper sanitation facilities in school. A number of girls leave schools after reaching puberty just because of poor hygiene facilities. Even adolescent pregnancy can be prevented by giving access to education to girls. UNESCO found that girls with higher level of education are less likely to fall pregnant under the age of 17. The chances of adolescent pregnancy is lowered by 10% for each additional year of education a girl completes. Also, providing quality education to girls decreases the infant mortality rate.

Educating girls is of central importance for achieving equality between genders as well as improving the well-being of the community.

Then comes the political participation.

Even after a growing evidence that women in leadership and political decision making positions improve the systems in which they work, there is less engagement of women in this field i.e only around 23% of all national parliamentarians were women. A study has shown that this is due to the lower levels of internal political efficacy that means a measure of one’s confidence to participate effectively and efficiently in politics. This is somewhat related to how women perceive their role in this particular area. Or can say, that this is because of a gap in psychological engagement in politics. Even when women try to face the society and stand for elections, they face violence and intimidation. Is this because women’s participation in politics threatens the patriarchal dominance?

We have to resolve this issue so that women can participate safely and freely in elections. They must be free to campaign and free to vote.

And just to clear, Democracy is not democratic without equality.

More than 150 countries still have the laws that discriminate against women. Nationality laws, inheritance & ownership laws, penal laws, family laws- to name a few. At this rate of progress, it'll take us around 196 years to close these gaps, to get to gender parity. There’s a need of equal inclusion of half of the world’s talent to grow our economies. Reskilling women for high growth sectors, enhancing pay standards, quality of work, enhancing social safety nets, especially on provision of childcare support, engagement of more women at managerial and political positions. Government is also playing a vital role in helping to close the gaps. Few of the programs started by government are HeForShe By UN women, Bet Bachao Beti Padhao, OSC (One Stop Centre) scheme by Ministry of Women & Child Development, Ujjawala scheme etc. But these formal policies are not enough until and unless these are accompanied by efforts to better inform women about their rights and what they can achieve with them.

With more balanced societies, we’ll be able to gain peace and prosperity. 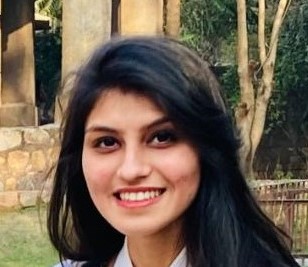